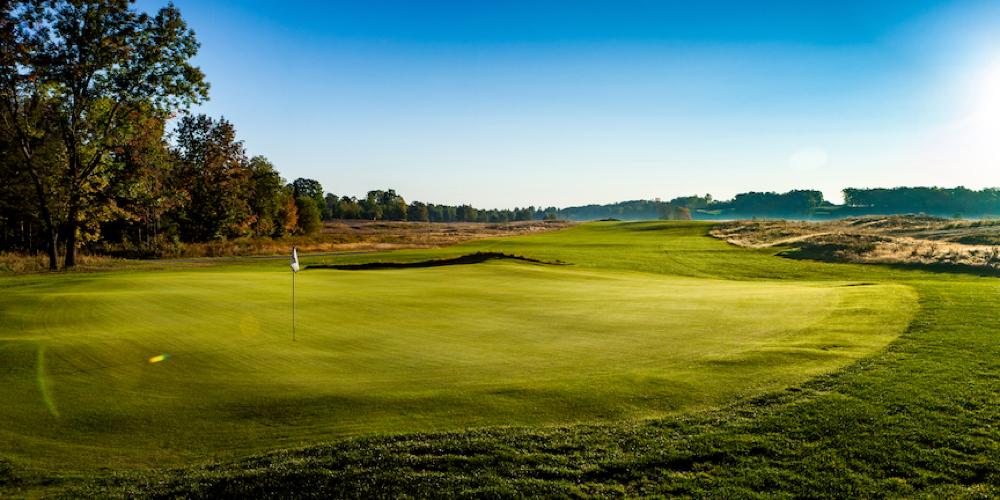 Sage Run at Island Resort & Casino, on May 31, will be the third new golf course to open in Michigan in the last three years.

The construction, shaping and seeding were completed in the spring of 2018 and it had some partial preview play late last season, but Michigan's next great modern classic course makes its true debut this season.

"When we began previewing some of the golf holes last season, we could see how the course was evolving into something special," Tony Mancilla, the resort's general manager said. "Having two distinctly different courses now allows us to attract significantly more golfers to the resort."

Mancilla said the building of Sweetgrass at the Hannahville Indian community resort answered the need for an additional amenity for resort guests, but it also brought about increased demand by golfing guests.

"The addition of Sage Run was a natural move and now has positioned us as a top golf destination."

Sage Run is part of an $8 million renovation aimed at extending the length of customer visits. It also includes the creation of a full-service spa, renovation of the bingo hall and a new sports bar.

For golfers, the Sage Run course offers a contrasting style and design by Paul Albanese, the architect of each course.

Sweetgrass, a flowing prairie links style course with gentle rolling hills, fun and challenging greens and beautiful fescue grasses, has been a big hit since opening in 2008 Sweetgrass is part of the "Road to the LPGA" with its Symetra Tour Island Resort Championship (June 21-23) featuring the future of women's professional golf.

"Sweetgrass has been everything we hoped it would be and it has been very good to us," Mancilla said. "Both courses will now host championship caliber golf with the annual Symetra Tour event and a new college event coming to Sage Run in the fall."

Mancilla said Albanese is an architect who lets the land dictate what the designs of his courses will be, and at Sage Run the land is 180 degrees in contrast to the land where Sweetgrass was created.

"Sage Run is 75 percent through great trees, very dramatic up and down through the hills with some great long holes going down the hills and some great short holes going up the hills; It's a lot different."

Albanese said his company's design philosophy is to never try to force a design and they stayed true to it at Sage Run.

"The property is much different than the property where Sweetgrass is located even though it's a short few miles away by shuttle," he said. "The only thing that will be similar is that it fits well with the land it is on like Sweetgrass. It just so happens this property is very different."

A natural drumlin, or elongated hill or ridge formed by glacial ice long ago, is the primary feature on Sage Run.

"It is a pretty prominent land form that is featured on the site," Albanese said. "The holes go around, over and through the drumlin. Golfers will experience great holes through the trees, some in open areas and just a lot of variety in terms of landscape and feel."

Natural long grasses edge the bunkers, and some of the short par 4s have blind shots to the greens. Albanese said Royal County Down in Northern Ireland, rated among the world's top courses, served as inspiration.

"Sage Run has that same rough and tumble look with earth tones natural to that landscape," he said.

The Sage Run name pays homage for the Hannahville Indian Community to the Potawatomi tribal traditions.

"We selected sage because we wanted to highlight another of our four traditional tribal medicines - along with cedar, tobacco and sweet grass," Mancilla said. 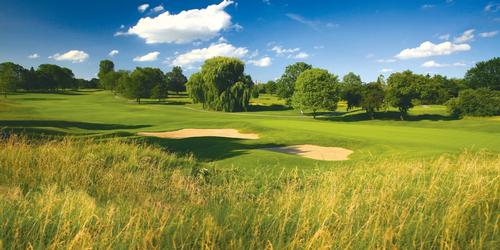 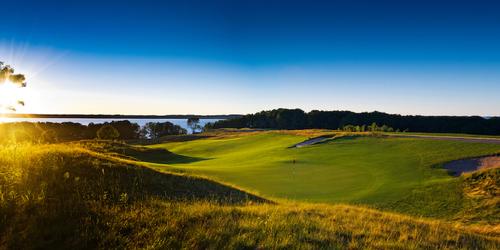 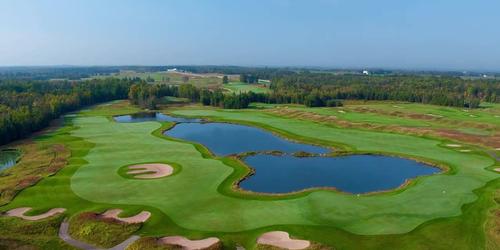 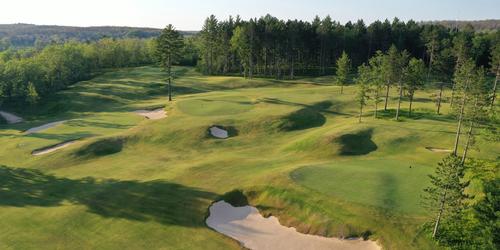 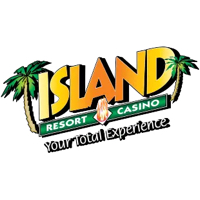