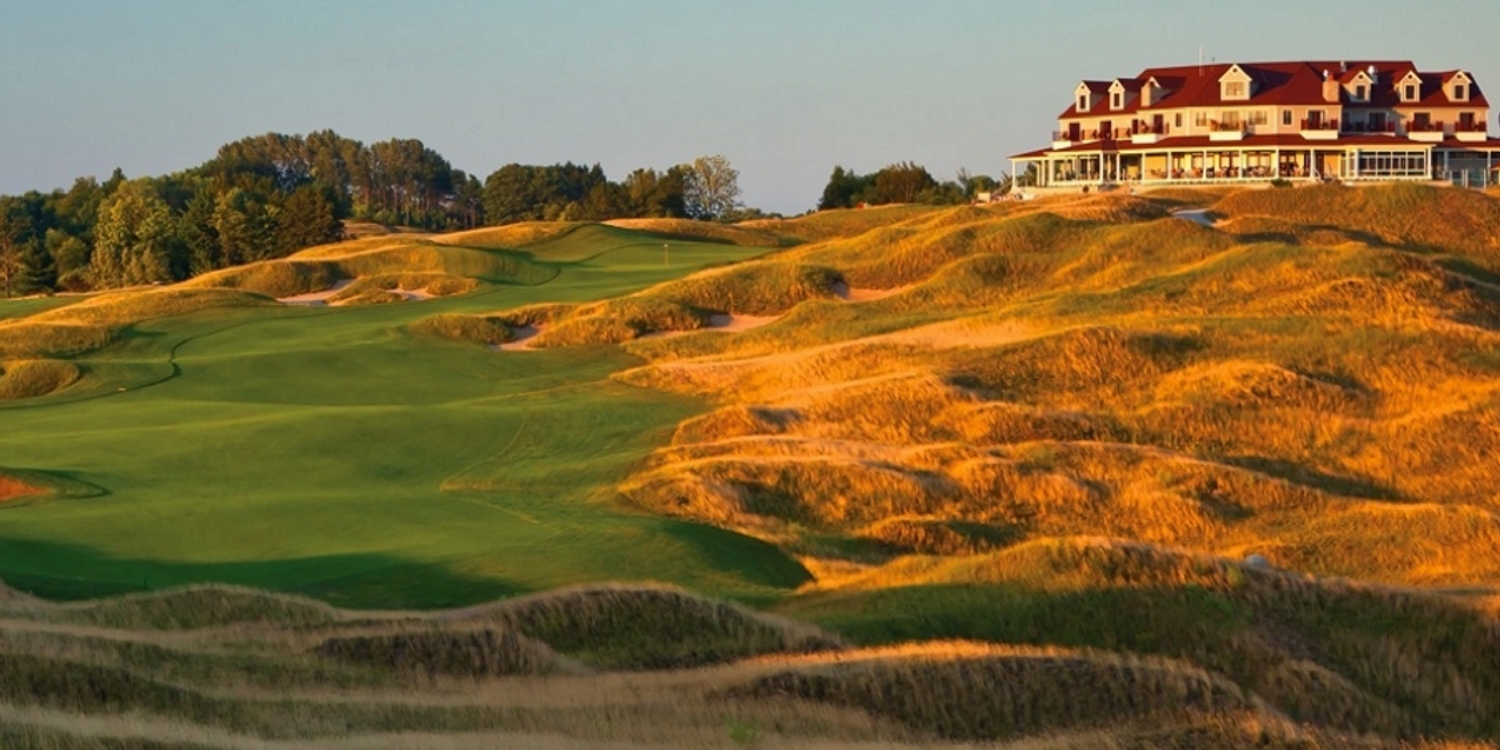 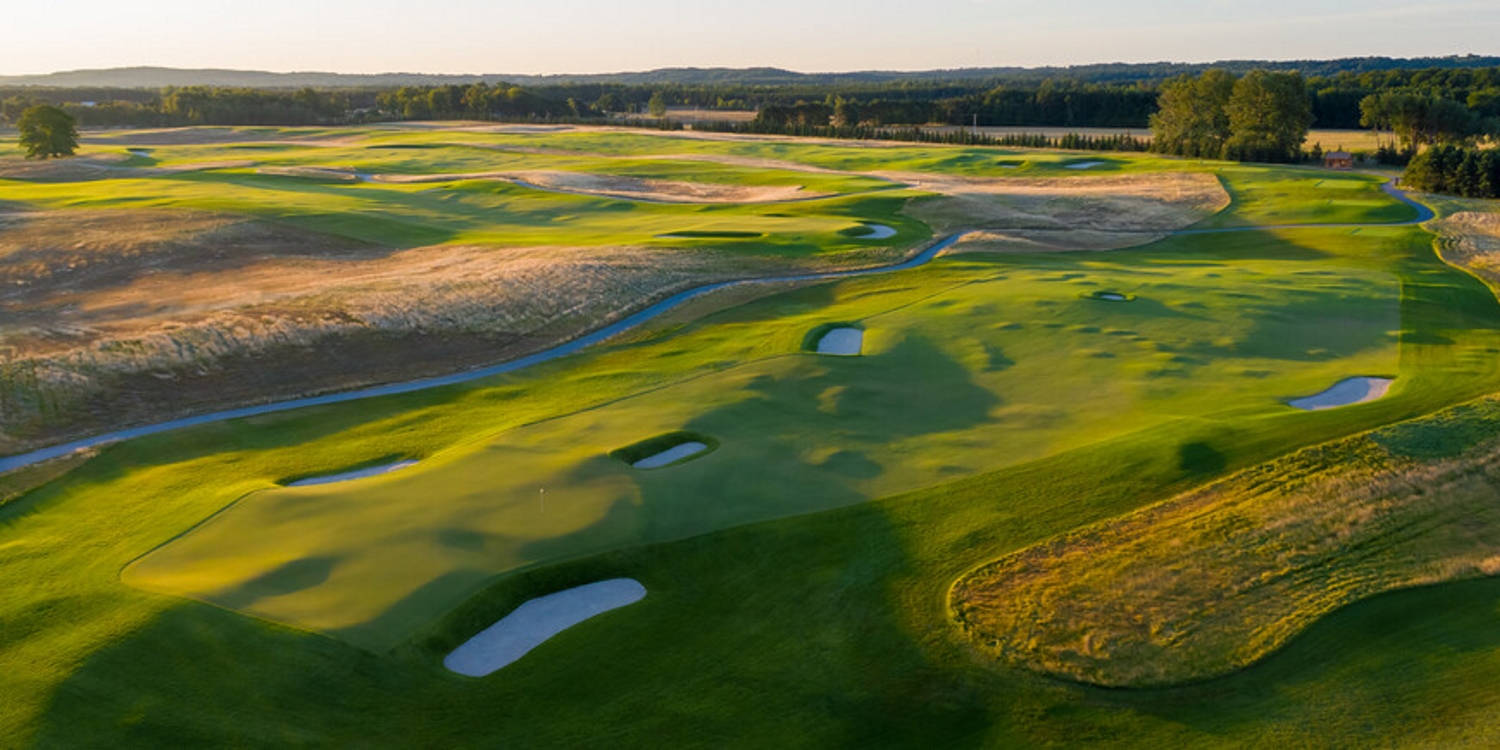 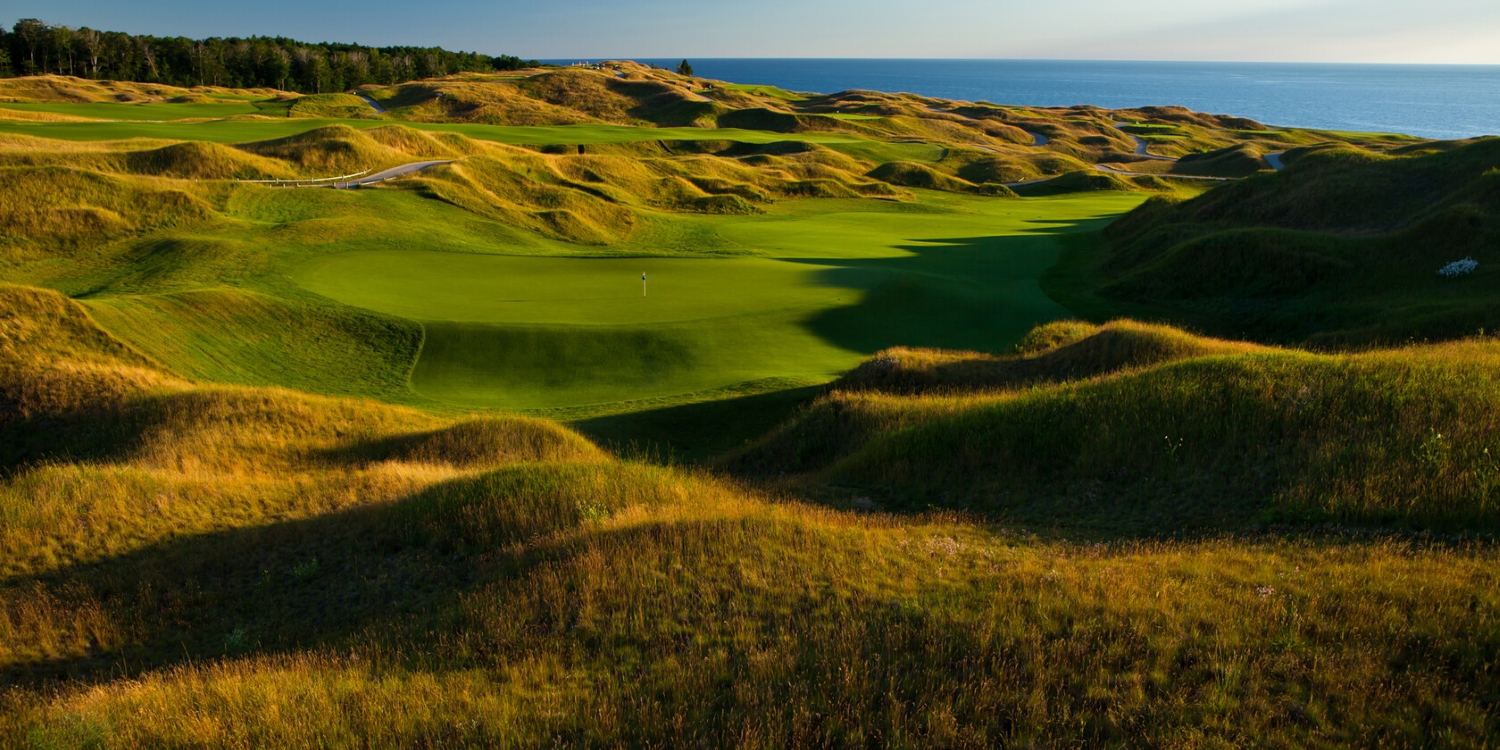 Arcadia Bluffs is a beautiful course with awesome views of Lake Michigan. The elevation changes, dunes, high-rough and undulating, fast greens make this a very challenging course. I don't think there is a straight putt on any of the greens. Practice facilities are very nice. Food in the restaurant was great. Staff for the most part was very nice and accommodating.

My league partner and I played 17 holes at Arcadia Bluffs on Labor Day in 2011. This was a make-up round from June when we had to suspend our round after 3 holes due to very dense fog. On Labor Day, we were grouped with another two-some for a 9:10 tee time.

From the fog-out, my league partner and I had $140 in course "credits" to apply to our Labor Day rounds. The Labor day rate was $110. At check-in George in the Pro Shop thought it would be a good idea to try to convince us that $140 = $110 and that we didn't need to be credited for the difference because the $140 "credits" covered our $110 Labor Day round. My partner did eventually convince George that $140 > $110 so he rather reluctantly gave us a $30 receipt for "course" credits.

We should have seen the rest of the day coming as George was not done. He sicked his Rangers on us on the 3rd hole. At the green on 3, a Ranger politely asked us to speed up our play - we were 8 minutes behind pace and falling behind what we later found out was a 3-some ahead. Speed up we did. The Ranger thanked us for speeding up a couple of holes later.

Despite the fact that we had not been holding up the group behind since the 3rd hole, George felt compelled to show up at the 8th tee box to tell us that "he had 140 golfers to service that day and that we needed to pick it up." When we pointed out that we were not holding anyone up, he said he "needed to talk to the group behind us too because they were playing too slow also," he continued, "if you guys would just pick it up, that would get the whole golf course moving again."

Tired of what felt like constant harrassment, my partner and I skipped the 11th hole. The two-some we had been paired with refused and played 11.

On the 15th hole George once again came out on the course to talk with my partner and I. By now we were fuming mad, our Labor Day ruined. We had been harrassed all day, skipped a hole and we had caught the group ahead, a 3-some. George arrived to apologize and tell us that "we were in a bad pairing with those other two" and that "he should have known it" and that "what happened that day was not what Arcadia Bluffs was all about." To make up for it, George offered us a VIP Card for a free round of golf, the VIP Card has an expiration date on it.

I cannot put into printable words what my partner and I thought of George's "jesture."

But it does not end there. We waitined at least 10 minutes in the 16th tee box and for 16 green. When we arrived at 17 tee box we had caught the 3-some and the 4-some ahead of them. There were now 3 groups waiting in the tee box. By the time time the group ahead of us teed off on 17, the two-some we had abandoned on 11 arrived, so we played out 17 and 18 with those nice folks. At least they got all 18 holes in.

To George, thanks for the great experience. We feel so priveleged to have gotten to play 17 holes of "club-house harrassment golf" at Arcadia Bluffs. It was a beautiful way to spend our Labor Day Holiday.

We Need Your Help Need!